Join us after the concert for Coda Conversations. 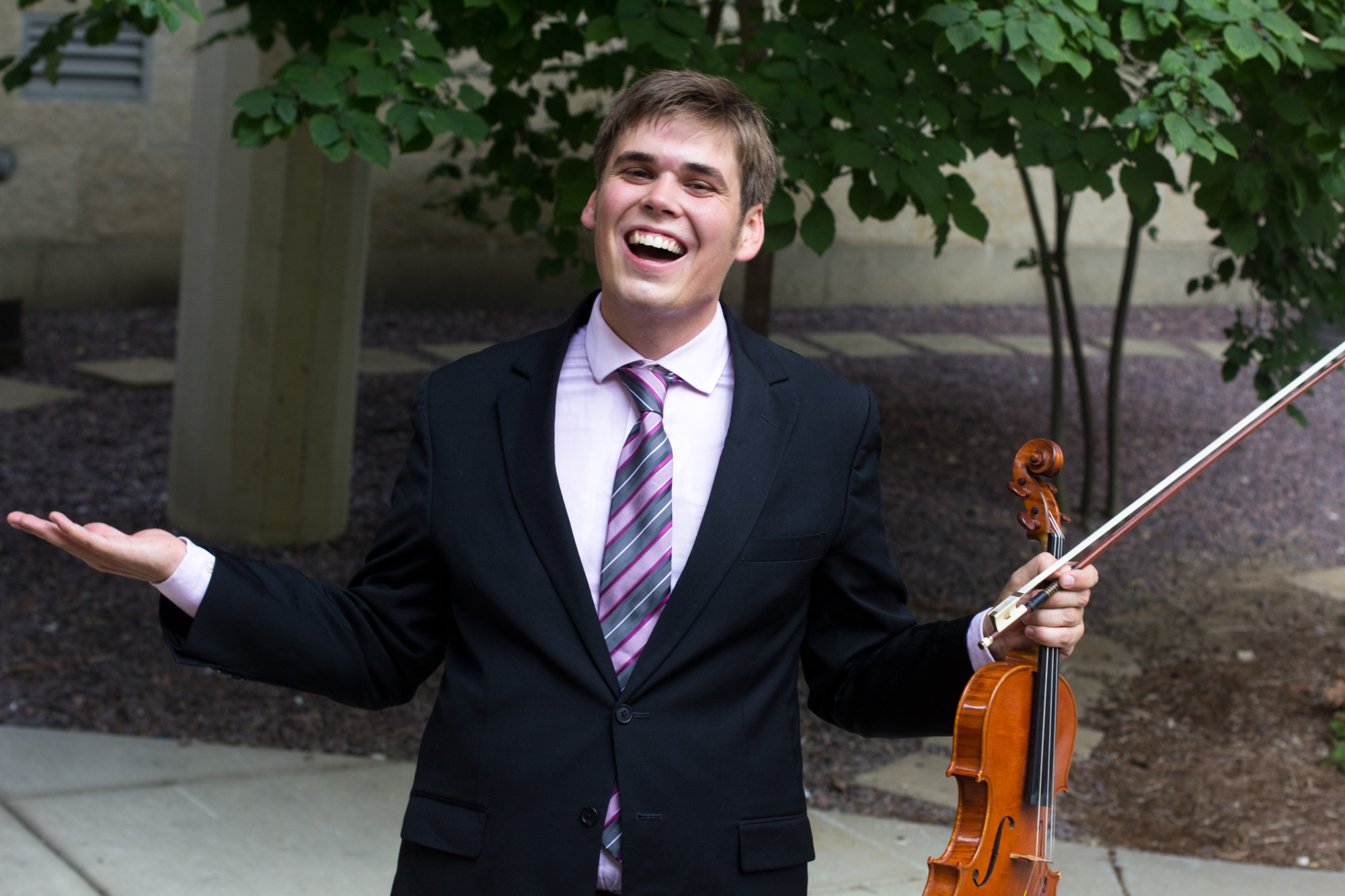 In addition to his role as violinist with the Griffon Quartet, he is a founding member of the Apollo Music Festival in Houston, Minnesota. Chamber music collaborations include performances with Mike Block and Wu Tong of Yo-Yo Ma’s Silk Road Ensemble, and violinists Tobias Speymans, concertmaster of the Bavarian Radio Symphony, and Robert Hanford, concertmaster of the Lyric Opera of Chicago. Festival appearances include the Round Top Festival  and performances of Opera Italiana with musicians of the Metropolitan Opera as part of the Central Park Summer Concerts, among others.

When not on stage, Roy enjoys following baseball, traveling, and hiking.

Nicholas Jeffery began viola lessons in the Indiana public school system and continued his studies with Catherine Carroll and Masao Kawasaki at the University of Cincinnati College-Conservatory of Music. In 2010 he received his Doctor of Musical Arts degree from the University of Wisconsin-Madison where his main teacher was Sally Chisholm. Along the way he worked with a number of coaches and teachers, including Lee Fiser, Victoria Chiang, Sydney Hodkinson, and David Perry. He spent many summers as a fellowship student at the Aspen Music Festival, serving two summers as the violist in the Aspen Contemporary Ensemble. He has also attended the Atlantic Music Festival in Waterville, ME, the Opera Theater and Music Festival of Lucca, Italy, Interlochen, and the Encore School for Strings.

Dr. Jeffery is strongly committed to teaching and maintains a full studio of private students at every level of development. As a member of the Hunt String Quartet at the University of Wisconsin, he visited area elementary schools to present musical lessons and give performances in the classroom. Recently he was invited to give masterclasses to viola students at Ball State University and the University of Wisconsin. He currently serves as assistant principal of the Kalamazoo Symphony, and is a member of the Burdick-Thorne String Quartet.