From the enchanting sounds of Wagner’s Forest Murmurs to the intimate beauty of Elgar’s Cello Concerto with dynamic French cellist Camille Thomas, opening night is bound to inspire. Beethoven’s Fifth Symphony, recognized as the most famous symphony of all-time, concludes this Beautiful and Bold performance!

Tickets may be purchased online, by phone, or in person. Senior, group, and student priced tickets NOT available online in Springfield. 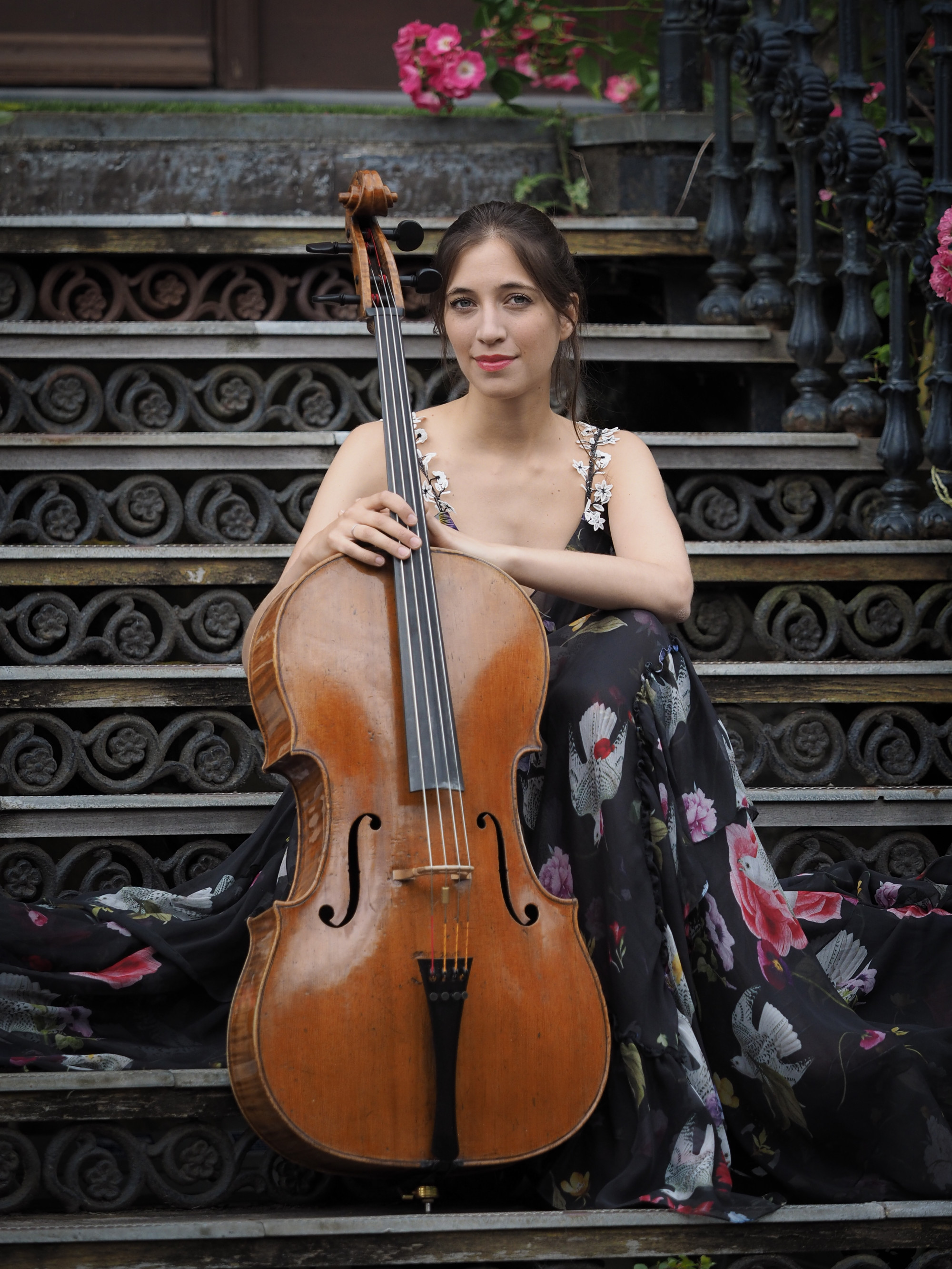 The first cellist signed by Deutsche Grammophon in over forty years, Camille Thomas blends a brilliant command of her instrument with a rare musicality to offer truly memorable performances. Her first DG recording Saint-Saëns, Offenbach vividly illustrates the reasons for DG's historic signing and her growing number of enthusiastic fans the world over. Camille's special talent was also recognized at the European Broadcasting Union Competition, where she was awarded the 1st prize and named “New Talent of the Year” in 2014.

Whether she is playing Saint-Saëns, Dvorak, Elgar, Haydn, Schumann, a neglected work that she champions, or the new concerto Fazil Say wrote for her, Never Give Up, you can be sure of a passionate and compelling performance. Her fascinating recital programs offer traditional and underplayed repertoire, themes, and collaborations with composer-pianists - all conceived to stimulate the audience, as well as the artist. Camille has won numerous prizes at national and international competitions, including the Seventh Antonio Janigro International Competition in Croatia, the Yamaha Music Foundation of Europe Strings Competition, the Edmont Baert Competition, the Léopold Bellan Competition, and was chosen for Forbes’ prestigious “30 under 30” list.

In the 2019-20 season, Camille makes her highly anticipated U.S. debut at the Brevard Music Festival performing the Elgar Concerto under the baton of Keith Lockhart. Her whirlwind season then brings her to a number of other leading series and orchestras, including Purdue Convocations, The Cliburn, Houston’s Society of the Performing Arts, Savannah Music Festival, Interlochen Presents, Peoples’ Symphony Concerts (her New York City debut), and the Des Moines, Delaware, and Illinois Symphony Orchestras. Camille also has the pleasure of making her Walt Disney Concert Hall recital debut as a featured artist of the Piatigorsky International Cello Festival.

Recent and upcoming international appearances include concertos with Paavo Jarvi in Bremen, with Mikko Franck at the Accademia Nazionale di Santa Cecilia and the Orchestre Philharmonique de France, with the Lucerne Festival Strings in Munich, and with Alondra de la Parra at the renowned Elbphilharmonie in Hamburg. In recital and chamber music, she performs at prestigious venues and festivals all around Europe, collaborating with top artists from both sides of the ocean.

Following the success of her acclaimed Deutsche Grammophon debut album Saint-Saëns, Offenbach, Camille is set to release her second DG recording alongside the internationally renowned conductor Stéphane Denève and the Brussels Philharmonic.

Camille studied in Frans Helmerson’s and Wolfgang-Emmanuel Schmidt's classes at the Hochschule für Musik Hanns Eisler in Berlin, after working with Marcel Bardon and Philippe Muller in Paris and Stephan Forck in Berlin.

Camille plays the Stradivarius “Feuermann” (1730) thanks to the generosity of the Nippon Music Foundation and a bow by Eugène Sartory kindly on extended loan from the Fondation Roi Baudoin - Fonds Bollandsee.